This plastic recycling plant in Kematen is one of the most advanced plastic processing plants in the world.

Approximately 125 employees produce high-quality „Post-Consumer Recycled“ plastics (ABS, HIPS, PP and PC / ABS) from mainly E-Waste plastics. Recently major investments were made in a fourth extrusion line and in a new warehouse. The processing capacity of MBA Polymers Austria thus increased to over 50,000 tonnes per year. 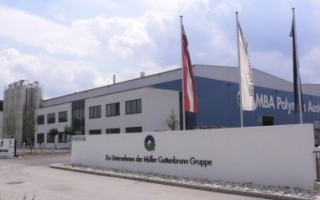